Bangladesh Olympiad in Informatics (BdOI) is an annual programming competition for pre-university students. BdOI is organized in line with the International Olympiad in Informatics (IOI). The IOI is the premier worldwide high school informatics (computer science) competition. Students write programs to solve challenging problems. The competition tasks are algorithmic in nature; however, the contestants have to show basic skills in problem analysis, the design of the algorithm needed, data structures, as well as programming and testing of their solutions. The winners of the IOI belong, no doubt, to the best young computer scientists of the world.

The first IOI was held in Bulgaria in 1989. It was proposed by the United Nations Educational, Scientific and Cultural Organization (UNESCO). The IOI is one of eight International Science Olympiads. The other seven are Mathematics IMO (since 1959), Physics IPhO (since 1967), Chemistry IChO (since 1968), Biology IBO (Since 1990), Astronomy IAO (since 1996), Geography IGEO (since 1996), and The International Linguistic Olympiad ILO (since 2003). All of them are open to High School students, younger than 20 years of age. Each country participates at the IOI with an Official Delegation, consisting of four contestants (students), one Leader and one Deputy Leader. Eligible contestants are students whose age is less than 20 years and who do not attend College or University (Bangladeshi HSC students are high school students in international standards). The first edition of BdOI was held in 2005.

BdOI is organized at the national level. The participants of BdOI are selected through a preliminary round of the contest that will run in parallel simultaneously at several venues at several divisional districts. Students will need to go to their respective divisional venues with their institutional identity card.

Top performers from the divisional round will participate in the national round, i.e., at BdOI. 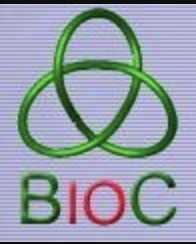